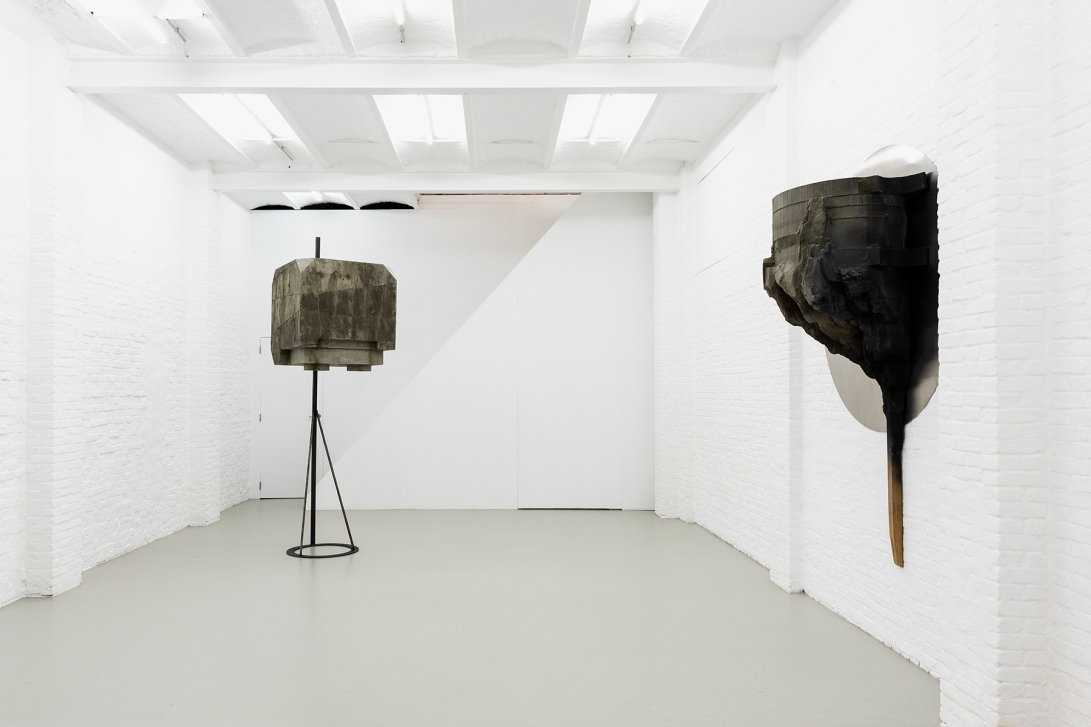 In her work, Katleen Vinck often makes use of scalemodels in which she relates the characteristics of
sculpture, architecture and theatre scenography to one another. Her education in architecture, art and
scenography makes such an overarching approach obvious yet challenging at the same time.
Vinck focuses on phenomena that occur spontaneously in nature. However, once man has assimilated them,
it becomes a matter of ‘staging the natural’‚ which results in new meanings. In terms of content as well as form,
the artist ìnvestìgates archetypal structures from nature that can be rediscovered in culture like an echo.

Her interest in the landscape gravitates to forms such as caves‚ cliffs‚ hills, trees… She inquires about
their possible function, symbolism and the way in which they are processed by humankind.
For instance‚ she interprets the bunker as a sublimated form of shelter that can be typologically reduced to
the cave: an archetypal form.

Similar to the contrast (or relationship) between cave and bunker, Vinck develops systems of oppositions and models
through which she perceives reality and which form the basis of her artworks. Strict ordering and classifications
are usually made difficult by exceptions and intermediate positions. Consequently, Vinck’s attention is
drawn to the notion of ‘realia’, a term from library science for things that do not fall within a normal classification system.
They hover somewhere between or fit into several categories, leading to a status of indefinability.

One thought on “about”